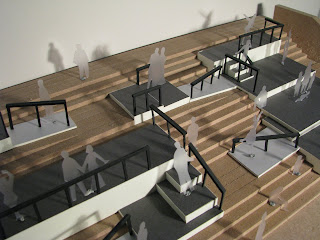 A. Title of Artwork
Step On!!

C. Synopsis
Step On!! is a site-specific and interactive art installation which encourages the viewers to ‘step on’ and enter the space of the Concourse Stairway. The Stairway now is not only a holding area for artwork, but also a transitory space for the viewers to move from one point to another. By providing access to the Stairway (and also the artwork), it is hoped that the viewers may ponder on the presence of the stairway, its function(s) and identity (as an artwork and/or a stairway); as well as their own identity and ways of seeing.

The installation involves two main ‘architectural interventions’ into the Concourse stairway space, and in so doing orchestrate the path that the audience will take as they move through the space. They are:
1. Construction of balustrades (complete systems of railings and pickets) specially designed and installed at different levels and areas of the stairs so that people can hold onto the handrails as they ascent/descent the stairs.
2. Construction of new steps at selected parts of the stairway (this is usually at the ramp areas)
The main construction is to install railings (maybe complete balustrade) across certain regions of the stairway. There will be many railings oriented in different directions. They can be straight-on and installed across flight of steps, or along the ramp or platform in a horizontal manner. As such, the railings will subtly intervene into the Stairway space and demarcate the route that people can or cannot take within the whole stairway. At certain points, the viewers will find that they cannot proceed further as some paths will be blocked by the railings or that the steps lead to nowhere. They may get momentarily lost as if moving through a labyrinth. The installation therefore creates a tension between the stairway being functional and non-functional.

The Concourse Stairway occupies a prominent position in the main lobby of the Esplanade. It is flanked by the theatres on both sides. With its height, it also serves as a viewing deck, like a 'belvedere'. People on the staircases can look down at what is below while those at the lower level look up at the art installation at the Stairway. This is reminiscent of the stairs of opera garner at Paris which was designed as a means to create the idea of spectatorship. The circulation space of the Paris staircases doubled up as a performance space that was for the upper class to parade and to show off their status while going into the theatre. It is as if they are the performer herself/himself before watching the performance. In a way, it forms part of their social culture. Similarly, the Esplanade Stairway may invite such a spectatorship.

Visually, the handrails and the additional steps can become a very theatrical backdrop at the Esplanade main entrance space. The viewers who climb up/down the Stairway, or stay in the space of Step On!! become part of the artwork. They are like the players, the actors/actresses on a theatrical stage, while those below looking up at the Stairway are the audience! Thus, the identity of the viewers is questioned. 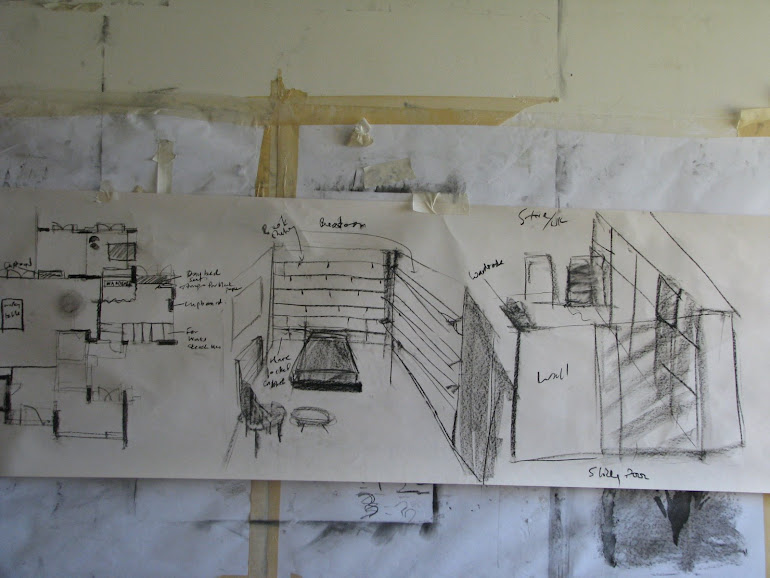